Lyrics:
Sunlight bright upon my pillow
Lighter than an eiderdown
Will she let the weeping willow
Wind his branches round?
Julia dream, dreamboat queen
Queen of all my dreams

Every night I turn the light out
Waiting for the velvet bride
Will the scaly armadillo
Find me where I'm hiding?
Julia dream, dreamboat queen
Queen of all my dreams

Will the misty master break me?
Will the key unlock my mind?
Will the following footsteps catch me?
Am I really dying?
Julia dream, dreamboat queen
Queen of all my dreams (4x)      Save me (5x)

Several important events had occurred by the time this song was recorded. Around Christmas 1967, Dave Gilmour was asked to join the band to supplement the line-up and cover for Syd's erratic playing (or lack thereof) at live shows. Dave was from Cambridge as well, and he and Syd had been friends for years, and even practiced guitar together at technical college before Syd came to London. At the beginning of the new year, Dave began rehearsing with the band and learning the numbers, though the press was not notified of this development until February. Towards the end of January, the now five-piece band went into the studio for the first time in more than two months to begin recording the Saucerful of Secrets LP. Near the beginning of the Saucerful sessions (probably after Set the Controls for the Heart of the Sun was recorded), Julia Dream was produced for single release.

This was the first track to be recorded without Syd's involvement. Even though he was still in the band, his participation in recording was already being phased out. This was also the first Pink Floyd song to feature the voice of Dave Gilmour, and only the second written solely by Roger Waters.

Julia Dream is an early under-rated classic. It is not really indicative of the direction of the band, which may be why it never received the attention it deserved. The exception to this is its imaginative use of sound effects, complementing the music instead of creating disharmony. With this song, Roger seems to be attempting to pick up where Syd left off in terms of his lyrical images; however, they seem a touch more sinister. Whereas Syd's memories of his childhood bedroom consist of 'fairy stories [that] held me high on clouds of sunlight floating by,' Roger Waters' imagery deals with nightmares, the fear of darkness, and of death. The chorus doesn't seem to mean anything, but perhaps 'Julia' provides a counterpoint to the fear and anxiety in the singer's dreams. The songs ends with whispers of 'Save me' after each chorus (not 'Syd' as some have thought, though it does sound like it — perhaps that was the point?), providing a chilling ending to this overly short tune.

A new direction had begun for the band, though Julia Dream was not released for two more months as the B-side to the band's fourth single. It was released as an A-side in America, and also in Japan, two years later.
Posted by Uncle Custard at 7:00 PM 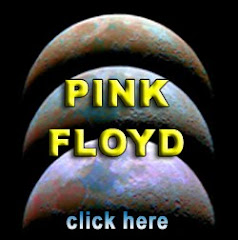